It is time to read more of our class reader ‘Holes’ - what will happen next?

Here is an interesting video depicting the Top 5 facts about Dick Turpin for you to enjoy:

Today we will be writing about Dick Turpin’s Life as a highwayman. This is what he is most famous for, but what he spent relatively little time doing.

Some useful information for this section of writing:

Task: Write about Dick Turpin’s life of Crime. Use your notes, the information sheet and the song above to help you. Please add this to your document on Google Classroom. Or, if you are hand-writing it, please upload an image so we can see how you are getting on. 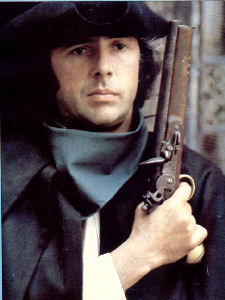 1) He became a highwayman.

3) Robbed people on the road - "Stand and deliver - your money or your life!"

8) A bungled attempt to steal a horse. King and Turpin got into a tussle (fight) with stablehand / innkeeper. Turpin shoots his best (and only?) friend King - by mistake.

9) King dies. Turpin now a double killer as well as a notorious highwayman.

10) Turpin flees to Yorkshire. (Overnight on a horse? No On Black Bless? No)

Spelling lists for Group One and Two for Monday 22nd February - Friday 5th March 2021 can be found on the class page under Spelling.

Task: Complete the Spelling Zone task on page 47/48. Check your answers with an adult. 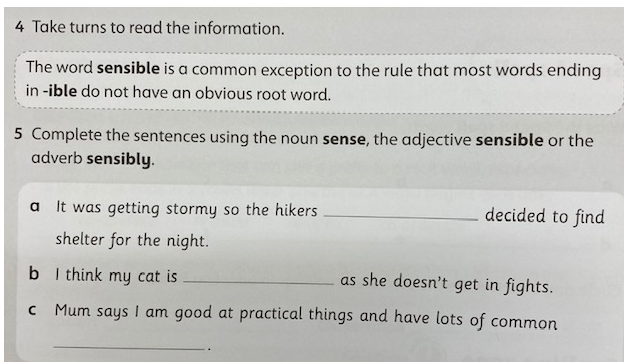 Today we will be looking at Solving Simple 1-Step Equations.

Here is an example of the first part of the question to help you:

You can now the video below. This will be especially helpful if you are unable to join in the zoom lesson:

Task: Complete the activity below. Try to complete as many questions as you can.

Now you have finished, you can check your answers and mark your own work using the answer sheet below.

Have a go at this challenge if you wish. 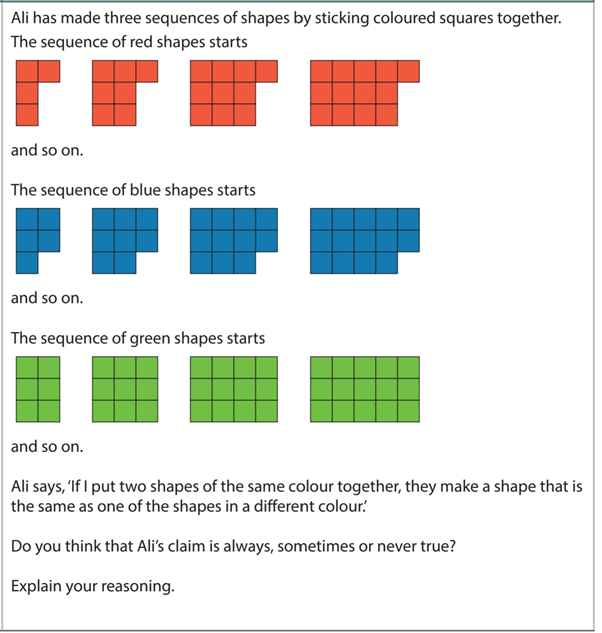 Throughout our topic, we will be learning about Crime and Punishment and how it has changed from the Roman times to the present day.

Today we will be thinking about Crime and Punishment during Tudor Times in more detail. We will be focusing today on Tudor Punishments. 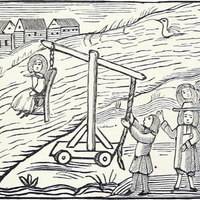 There were no police during the Tudor times. However, laws were harsh and wrongdoing was severely punished. In Tudor times the punishments were very, very cruel. People believed if a criminal’s punishment was severe and painful enough, the act would not be repeated and others would deter from crime as well.

To find out more about the common crimes and how they were punished during this time, read through the information below:

Task: Create a poster about Tudor punishments and their related crimes. You may want to separate this in to two sections - Lesser Crimes and Serious Crimes. Use the information we have discussed as well as the information sheet below to help you.

Here is an example of what your work could look like: 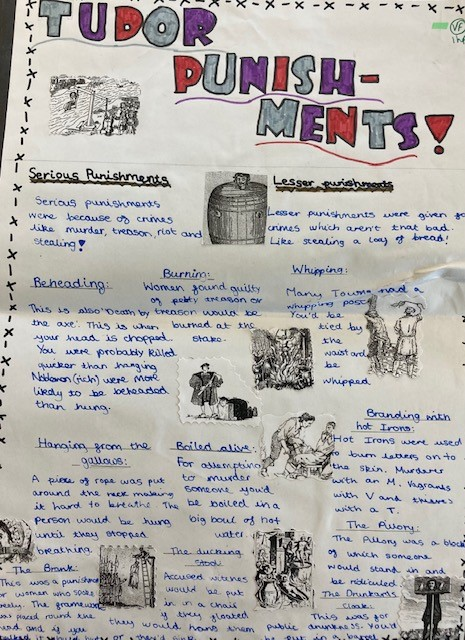 The peerless Chesney Hawkes releases 'I Am The One and Only'. It goes on to become number one.